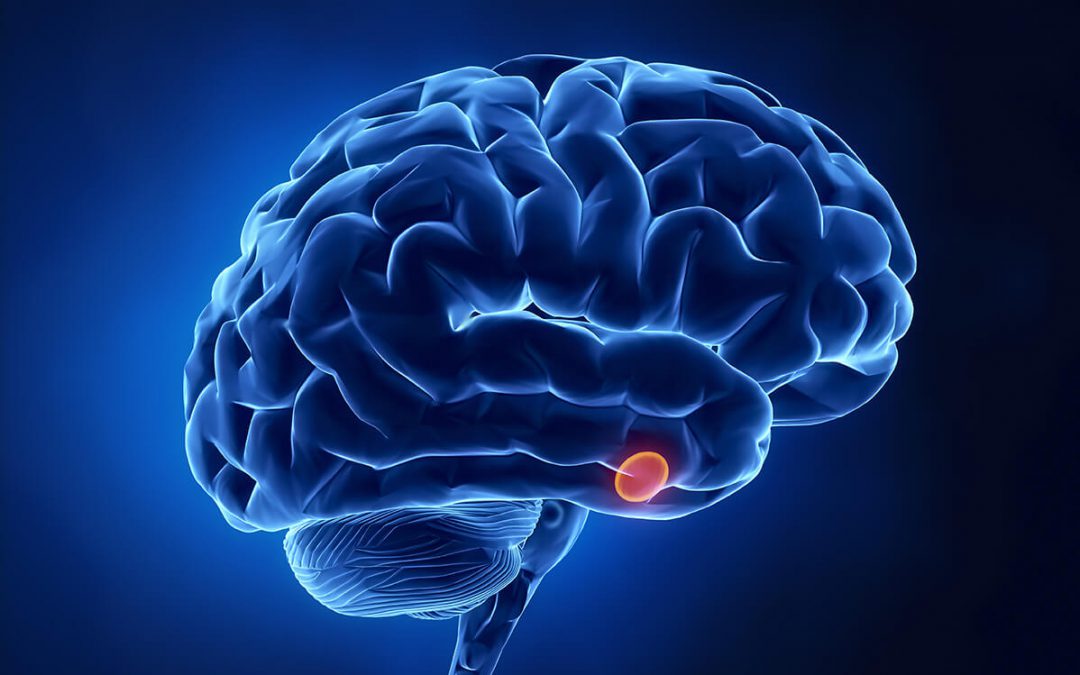 Certainly one of the most rewarding surgeries I’ve been involved in is those that a positive impact on people’s abilities to see. Perhaps the most common thing I see is somebody who has a pituitary tumor or the pituitary gland sits sort of straight back here, just below where the eye nerves are, and the pituitary gland controls many of the hormones in our bodies. And if the pituitary tumor starts to grow, if you’re a young woman, a lot of times it’ll disrupt your menstrual cycle. She’ll think that maybe she’s pregnant and get tested to see if she’s pregnant and find out she’s not pregnant, but find out her hormones are a little out of whack. They’ll find these tumors when they’re quite small. However, women who are after the age of menopause and men who don’t menstruate, they don’t notice it.

So when their hormones get a little out of whack, because they don’t menstruate on regular basis, a lot of times the hormonal changes are subtle and the tumor can grow and grow, and they won’t notice anything. Maybe sometimes a lack of energy or some subtle changes, but oftentimes it goes unnoticed. As this tumor grows and it’s pushing on the eye nerves, the people will slowly lose vision. Because they slowly lose vision, they actually accommodate for it because what’s happening is they tend to lose vision from the sides. Since it happened slowly, not over days, but over weeks and even months, their brain automatically compensates. They learn to turn their heads more and they learn to turn their eyes more without realizing they’re doing this to make up for that increasing tunnel vision. This tends to occur until sometimes the amount of vision loss is very traumatic to somewhat humorous–if you can have humor when somebody is having trouble.

A humorous anecdote is, one was a patient who had lost so much vision, he didn’t notice it until he went hunting. He went hunting and he saw a deer and he picked up his rifle. When he closed his left eye, the whole world went black. He did not realize he had lost all the vision in his right eye because he still had some decent vision in his left eye. Because both his eyes were open all the other times, his brain had tricked him into thinking things were okay and until he closed his left eye he didn’t realize how much vision he had lost in his right eye. Another was a gentleman who apparently was the great neighbor. He had a big tractor with a bunch of attachments and in the winter he was clearing the roads and clearing everybody’s driveway, and the summer he was mister helpful. He would go over to friend’s houses and help them with moving gravel or mulch or, you know, pulling stumps or whatever. He was, you know, running around the neighborhood and helping everybody out with his tractor all year long. Well starting in the winter, he became less popular because he had this habit of running into cars on the side and he took out somebody’s garage and he did a fair amount of damage to structures and such, until people realized he had lost his side vision. That’s why he kept running into things on the side. And sure enough, he had a big pituitary tumor that was pushing on those eye nerves.

The thing that’s very rewarding as a neurosurgeon is these pituitary tumors. I can get to them by working with an ENT (and Ear, Nose and Throat doctor), we go up through the nose and the Ear, Nose and Throat doctor helps get me through the nose, to the back portion of the nose, where I can make kind of a trap door below where the tumor is. Then working with the endoscope and the microscope, I can remove the tumor and take all the pressure off the nerves and a majority of the time the patient’s vision recovers significantly if not even completely. That’s really great fun to be able to do that for somebody, to have them get their vision back. One woman one time sent me a note telling me about being able to see her children or grandchildren so clearly, it brought tears to my eyes. You know, the thought of that before she could barely see the children and now she saw them so well. So taking out tumors that grow in and around the eyes, which I do fairly frequently, is very exciting and rewarding work for me.