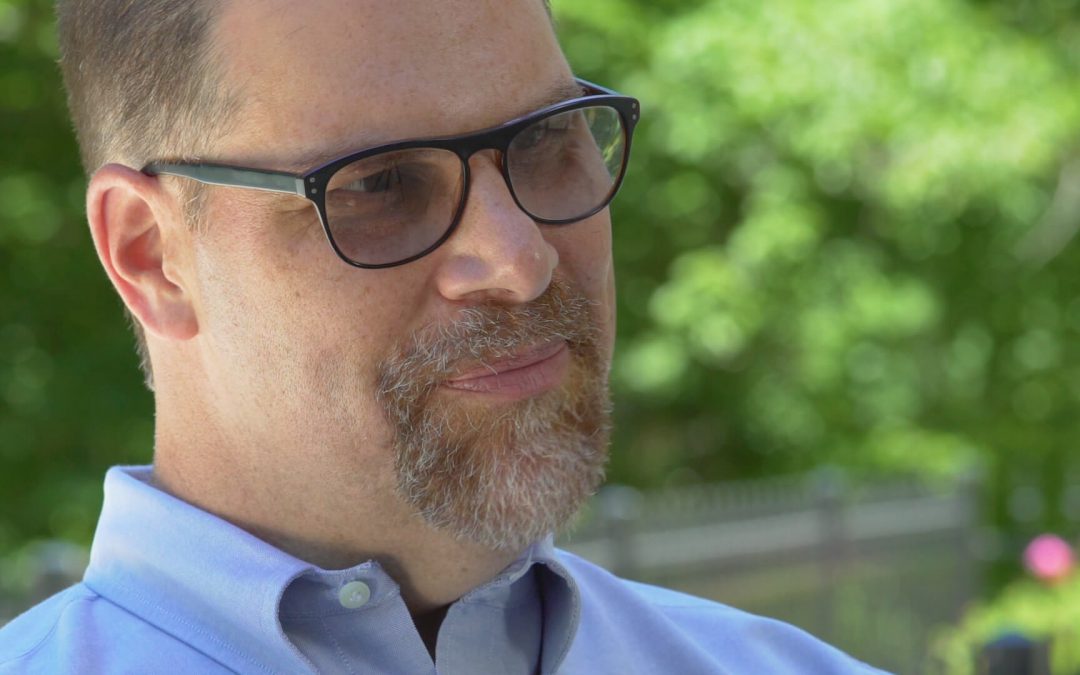 Anybody who’s raised a child has watched their child get hurt, unfortunately, playing sports or playing around outside and the big issue is always deciphering when you need to get help and when you can take care of it yourself. The way we can think about that is the levels at which people get hurt, children in particular. The most common thing, and the least important is to just get a cut–what the physicians will call a laceration of the scalp. Kids will bang their head on something, you know, the concrete from falling or post, or rock or whatever, and they’ll cut their scalp. Initially, this can be very, very scary because the scalp has a tremendous amount of blood vessels in it, so even a very small cut can cause a lot of bleeding. I remember one time when my two kids were fighting and I saw my son hit my daughter with a toy plane and the first thought was, “oh, just let them fight it out” until I saw all this blood running down my daughter’s neck and then realized, “oh my God, something needed a little more attention than just letting them settle their score.” But when the scalp bleeds, obviously the first thing to do is to assess what’s going on and put some pressure on it.

If you hold pressure on a scalp, laceration, cut for just a minute or two, it should stop the bleeding pretty quickly. If the scalp continues to bleed though, that would be a reason to seek out care because sometimes it will require a suture or two. With any type of injury that results in a laceration, the other thing you’ll also see is bumps and bruises, or goose eggs as we like to call them, and these can often be treated just with a little bit of ice, and maybe some mild, over the counter pain medicine if there’s some pain associated with it. The key with any of these things is that the child should not be complaining of headache, meaning pain inside the brain. Most people can tell the difference between when they have a headache and it’s deep-seated versus pain in the local area where you get struck. So distinguishing between those is important if you feel the child’s really complaining of headache and not just pain locally, and it persists for any period of time–that would be reason to be concerned.

As you injure deeper tissues, the next thing under the scalp is the skull and there are things like skull fractures. Now if your child has a fall bad enough to have a skull fracture, they’ll probably be inconsolable and almost certainly you’ll end up seeking medical care under the circumstances because they will be in so much pain initially. Not always, but most of the time. The good news is most skull fractures don’t require treatment. They can just be watched to ensure there’s no bleeding around them. Generally, unless a skull fracture that the skull is pushed in more than the thickness of the skull, you can just leave it be and it’ll heal up and be fine. Occasionally, I’ve seen children struck with a golf club or some other object that small rather than large and you can sort of get a depressed skull fracture, or sometimes even something we call like a ping pong ball fracture where it pops in like a ping pong ball and the surgeons actually can go in the or and almost pop it out like a ping pong ball. Those are obviously more serious and often result in the child needing at least observation at a minimum.

The more severe injuries, concussion, which is really a type of traumatic brain injury or even severe traumatic brain injury; the hallmark of these are changes in the neurologic function. So the child will not act normally and may have a period of time where they’re unresponsive, and then anytime this type of stuff happens, the child should absolutely be evaluated by a professional. This would be a reason to go straight to the emergency room. Those are sort of the different levels of where injury can occur. My major take home lesson when you’re dealing with children who are hurt is one, is there a change in their neurologic functioning and their brain function and their behavior. If anything like that happens, that’s really when you need to seek out care. If it’s a bump or a bruise or a cut and you’re able to deal with it quickly and efficiently on your own, then the vast majority of the time, child’s going to be fine and just keep a little bit of suspicion to keep an eye on them. This concept that don’t let them go to sleep and keep them up all night; that’s all, not appropriate. That’s some wives tales that somehow got perpetuated. Just look after your children and they’ll be fine.