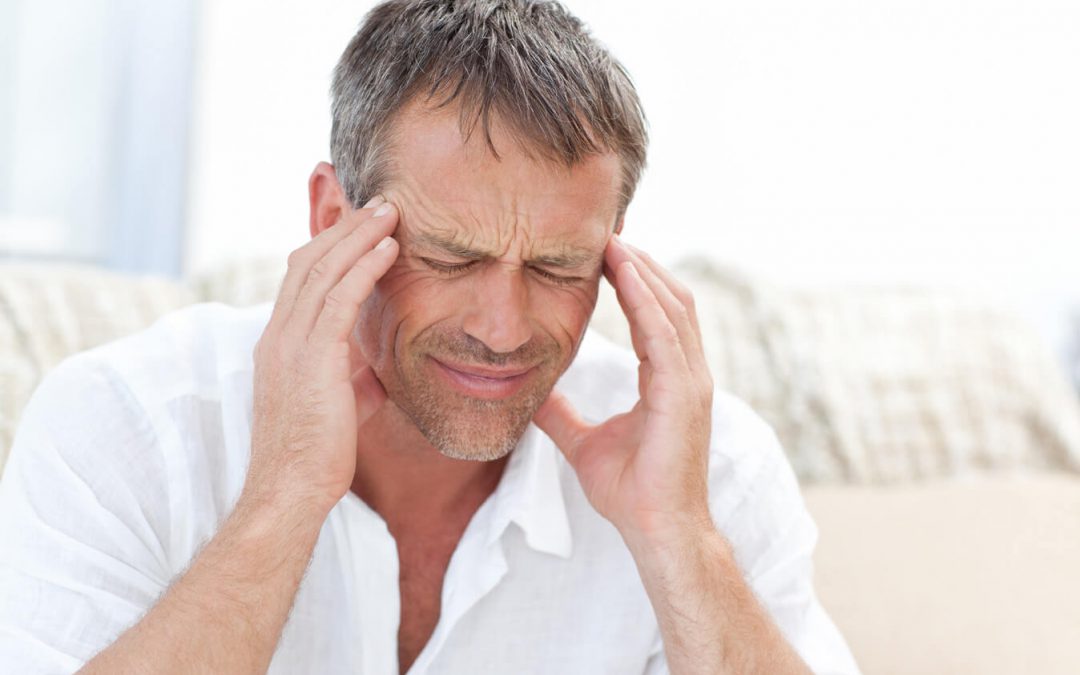 Face pain is something that I’ve got many patients sent to me for and I wanted to talk a little about this because there’s a lot of misconceptions about this. Face pain can be divided into all different types and as a neurosurgeon, I deal with something called Trigeminal Neuralgia. It’s also called tic douloureux. In this disease, patients will have sharp, stabbing, often described as electrical or lancinating, pain and that pain will shoot out into the face. It can shoot out into the nerve that comes to the face that has three areas–upper area, a middle area, and a lower area. The face pain will usually shoot in one, two, sometimes even all three of those areas and it is often triggered. It can be triggered by brushing your teeth or something touching your nose. Some patients, even a breeze across the face can cause this. The pain, this shooting pain is so severe that the patients live in fear of the shock-like sensations, so severe that I’ve had patients who get it when they eat and the pain is so severe that they stop eating and, well, lose tremendous amount of weight. Patients who can’t brush their teeth, men who can’t shave because again, any trigger can cause this shooting pain.

Trigeminal Neuralgia or tic douloureux is even sometimes called the suicide disease and the reason it’s called the suicide disease is this pain is so severe, so disabling, that patients will seek out any kind of solution and when they can’t find something that works, they sometimes commit suicide to make the pain go away. It’s often misdiagnosed, too. I’ve many times seen patients who’ve referred to me, who’ve had multiple teeth removed, had sinus surgery also to other types of treatment because the pain is in this area and many people don’t have the best teeth care and so there will be maybe a question of some carry formation, cavity formation, inflammation, and so they’ll undergo all these other procedures to deal with sinus disease, tooth disease, etc. and attempts of trying to make this pain going away. But the key truly is the history, the sharp stabbing, electrical shock-like pain that that’s the key to diagnosing Trigeminal Neuralgia.

Now, this shooting pain or this Trigeminal Neuralgia (tic douloureux as I called it or as it’s called) is different from what’s called atypical facial pain. In atypical facial pain rather than sharp shooting pain, sharp electric pain, stabbing pain, it’s sort of a chronic pain, a continuous pain–burning is usually the phrase that patients use most frequently or gnawing. Unfortunately, the things that work really, really well for Trigeminal Neuralgia do not work very well, if at all, for atypical facial pain. So when a patient is referred to me for face pain, the first thing we have to do is have a discussion about when is the pain present? What brings it on? What is the quality of the pain and where exactly is it?

The patients who don’t succeed with Tegretol or similar medications, it’s usually not that the medication didn’t work at all, it’s usually that they couldn’t tolerate the medicine for some reason or over a period of time the medicine became less useful. Usually patients with face paint, I’d like them at a minimum to have medical treatment for some period of time and see if that can be effective. Patients who can’t tolerate the medicines or the medicines openly do not work, then become excellent candidates for surgical intervention and there are a number of ways we can treat Trigeminal Neuralgia.

I said before that there are triggers that when you touch the face or brush your teeth, that then all of a sudden you get this sharp shooting pain, so there are two approaches to fixing Trigeminal Neuralgia. One is to damage the facial nerve so that the sensation doesn’t trigger the pain, so there are different ways we can damage the nerve. One, we can put a patient in a radiation unit called a Gamma Knife and we can focus radiation onto the nerve and zap the nerve to sort of heat it up–damage it with radiation and you want to damage it enough not to make the whole face numb, but to numb it a little bit to stop that cycle. Other ways doctors can damage the nerve, is you can put a needle in the cheek and pass that needle up towards the base of the skull and actually get that needle into the nerve itself. Now, this is done with you under anesthesia and you put that needle into the nerve and then there are a number of different ways that you can then damage the nerve. There are little electrodes that you can pass through the needle that’ll heat the nerve up. You can inject some alcohol, actually is called glycerol–it’s a type of alcohol that can damage the nerve. Some people even try putting a balloon up there and compressing the nerve. Basically, all of these techniques are an attempt to damaging the nerve a variable amount to drop sensation just slightly and break this cycle. These techniques can be very, very effective for treating a Trigeminal Neuralgia. The downside to them is one, they do cause some numbness and two, there’s an incidence if the numbness occurs and the patient’s still having pain superimposed on the numbness, and if that happens that’s terribly disabling for the patient.

I always give the example that if you’re in a rock concert and somebody comes up to you and yells in your ear, it’s a completely different experience than if you’re in church and somebody yells in your ear. So same thing with your face. If the sensation is gone, it’s like the church, it’s quiet to the brain and then these zaps or pain are superimposed on that numbness, it’s far more disabling than the normal circumstance where the brain is getting bombarded with information from the face and also getting the pain situation and that’s called Anesthesia Dolorosa. Anesthesia meaning you don’t feel, dolorosa meaning there’s pain. That’s not a common, but I would also say it’s not an uncommon complication, of making the nerve numb in an attempt to get rid of the pain. The other thing is the data suggests the durability of the needle procedure and the Gamma Knife procedure where you injure the nerve, may not be as good as the durability of a more invasive approach. Then the more invasive approach that cranial base surgeons, such as myself use, we’re actually trying to address the problem and the actual problem appears to be that an artery or a vein is pushing on the nerve and when it pushes on the nerve, it’s disrupting an area where the nerve conduction is taking place and so then the nerve conduction can take place inappropriately and that’s how the pain is generated. So what we can do is we can make a small incision on the back of the head here, make a hole in the skull about the size of a nickel or a quarter, and disect down in the fluid space next to the brain, alongside the brain to where the nerve is coming towards the brain, and usually we’ll find the loop of an artery or a vein pushing on the nerve.

At this point you kind of move the artery out of the way and you take some Teflon felt, which looks a little bit like cotton ball, but Teflon is unreactive–it doesn’t react with the brain where its cotton would cause a huge inflammation reaction. You take this Teflon felt and you put it between the artery in the brain and you even pat around it some so that the artery can’t move back into that place and that actually stops the pounding of the artery on the nerve. And amazingly, i’ll go to see these patients after surgery and they’ll immediately go to touch their face and they’ll smile because they can touch their face and they don’t get the pain and the success rate of this surgery is quite good. Probably most people report 90 percent or so success rate for 10, a minimum of 10 years, so that’s a really, really good success rate for a problem that’s incredibly disabling for these patients. In fact, I would say that when I do this operation, which is often called a Microvascular Decompression, those are some of my most grateful patients.